For all the Saints… Renaissance music for St Stephen’s Week 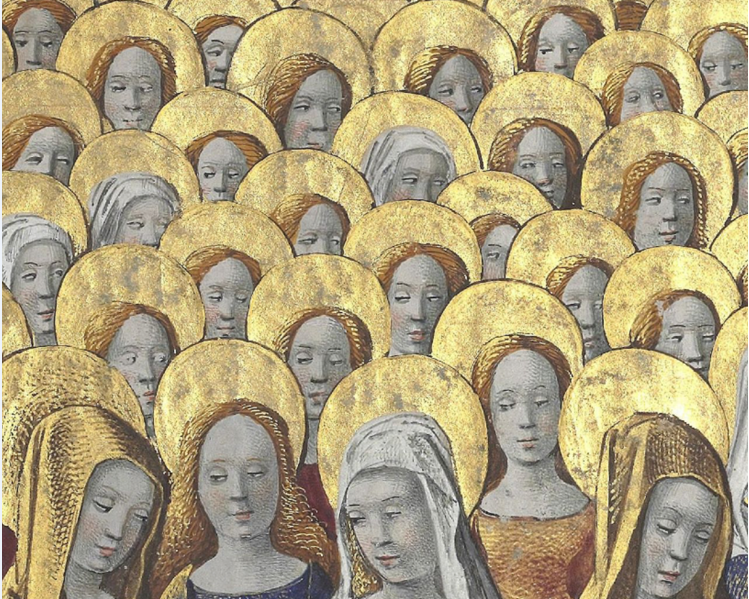 Palestrina       Elegerunt apostoli
As this concert is in celebration of St Stephen’s Week, we must of course start with something in his honour.  Selecting a piece was a bit of a challenge, as there isn’t a huge choice and the subject matter is rather gloomy.  Stephen was the first Christian martyr; he was accused of blasphemy and stoned to death.

The Apostles chose Stephen, a Levite, full of faith and the Holy Spirit, whom the Jews stoned as he prayed and said, ‘Lord Jesus, receive my spirit’. Alleluia.

Palestrina       Osculetur me
Staying with Palestrina for our second piece, this is a somewhat different and decidedly sumptuous setting of a text from the Song of Solomon (sometimes called the Song of Songs).  Excerpts from the book have inspired many composers, including Palestrina’s Canticum canticorum, a cycle of 29 motets of which this is the first.  If you don’t know these texts, they are something of an eye-opener and best read with the curtains drawn at twilight.  It is intimate vocal chamber music, set in a simple style and without ostentatious display; an allegorical representation of the relationship of God and the faithful as husband and wife: ‘Let him kiss me with the kiss of his mouth: for thy breasts are better than wine’

Byrd                O quam gloriosum
Hastily getting back to saints, and looking at the liturgical calendar for the week, we see there are five others we could be celebrating this week alone, but many of them are a little too obscure to have been commemorated in music  (St Aloysius Gonzaga anyone?).  So we thought we’d do them all in one.

O quam gloriosum and its second part, Benedictio et claritas are motets for the Feast of All Saints.  The first is derived from the Magnificat antiphon ‘O how glorious is the kingdom’, and the second from the service of None, ‘Blessing and glory and wisdom and thanksgiving and honour and power and might be unto our God for ever and ever’.

What we have here is Byrd’s vision of a choir of saints.  The whole piece radiates assurance, gleaming with lucid major triads and an even, suffused light, and shows Byrd working at the height of his inspiration.  It is written for SSATB – listen for the two soprano parts exchanging descants.

Victoria           Vidi speciosam
Vidi speciosam is another liturgical text derived from the Song of Solomon, with all its imagery of love turned to the veneration of the Virgin Mary. Victoria’s six-voice setting is in two sections and is for the Feast of the Assumption (15th August).  The Virgin ascending into heaven is likened, with superb word-painting, to the beautiful one rising like a dove over the rivers, like a lily of the valley or the rose in spring.  It opens with the three upper voices followed by the three lower, after which a variety of combinations for 3, 4 or 6 parts give rise to occasional antiphonal effects. The frequent crossing of the tenor parts and especially of the two sopranos gives a bright shimmering quality to the music.

Gibbons           The is the record of John
Back to saints, and the parish of St Stephen with St John – it’s John’s turn.  Orlando Gibbons is often called the father of English church music. A master of polyphony, his compositions are thoroughly English in spirit.  His verse anthems are the finest of the genre and This is the record of John is the best-known of them.